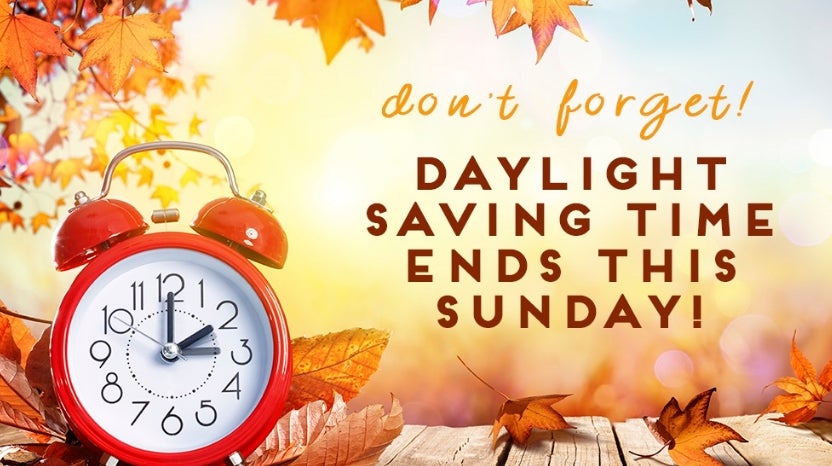 There is nothing better than getting an extra hour of sleep, so don't forget to turn your clocks back an hour before heading to bed tonight. Fall back and enjoy some extra Zs.
Interesting fact:
Daylight saving time was an idea that a British Builder named William Willett had back in the early 1900's.  He noticed that people tended to waste daylight hours during the warmer months by sleeping in.  He suggested that by moving the clocks back to better follow the sun's movement would result in an increase in productivity.  Willet was not taken seriously for many years, until during WWI the British government adopted his idea as a means to save on war production costs by using natural light.
#LoveWhereYouLive
#LoveWhereYouLive
By using our site, you agree to our Terms of Use and Privacy Policy